No reviews
Regular price $839.90
Regular price Sale price $839.90
Unit price /  per
Sale Sold out
Shipping calculated at checkout.
Product Introduction:
WOYO PDR009 is a mobile, handheld magnetic induction unit designed for paintless panels dent removal via rapid and focused heating induction. It can also be used to shrink stretched metal.
Unlike traditional PDR, WOYO PDR releases the dents tension and adsorbs the depression parts, to let the dents recover to their original state. The power and time can be adjusted via rotating the knob. Fast to repair and easy to use are the biggest advantages of WOYO PDR009. 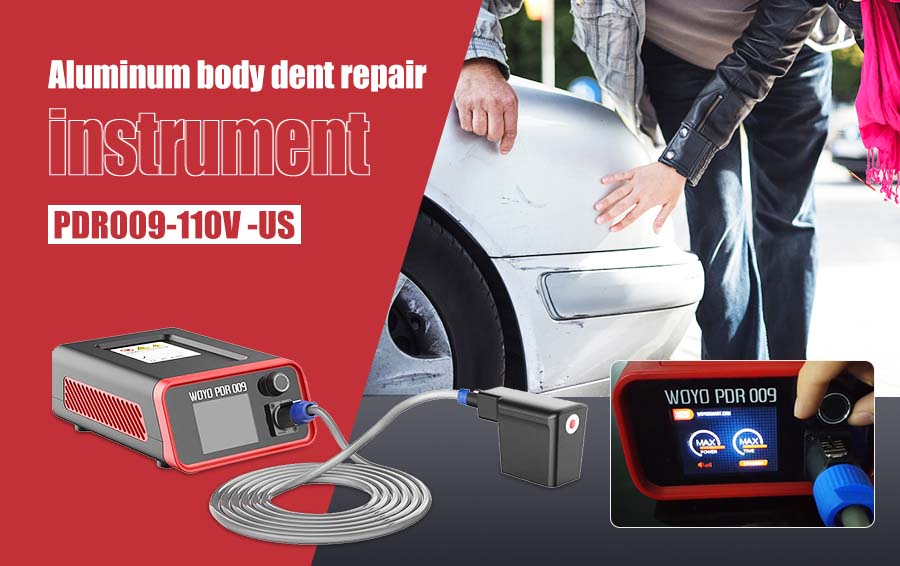 Product Features:
1. PDR light has two different colors on both sides: one is white black and the other is yellow black. You could choose the one that have the most clear result for detecting the dents.
2. Strong suction cup base can be positioned at any position.
3. It is for aligning the reflected lines of the board to a dent. The reflection becomes distorted where the dent is and you can then work your PDR tool behind the dent to make the distorted image even or uniform again. Once the distorted image or lines become parallel in the reflection you have successfully removed the dents!
4. This model can be attached to a vehicle using its STRONG SUCTION CUP BASE on flat metal, glass and plastic areas. 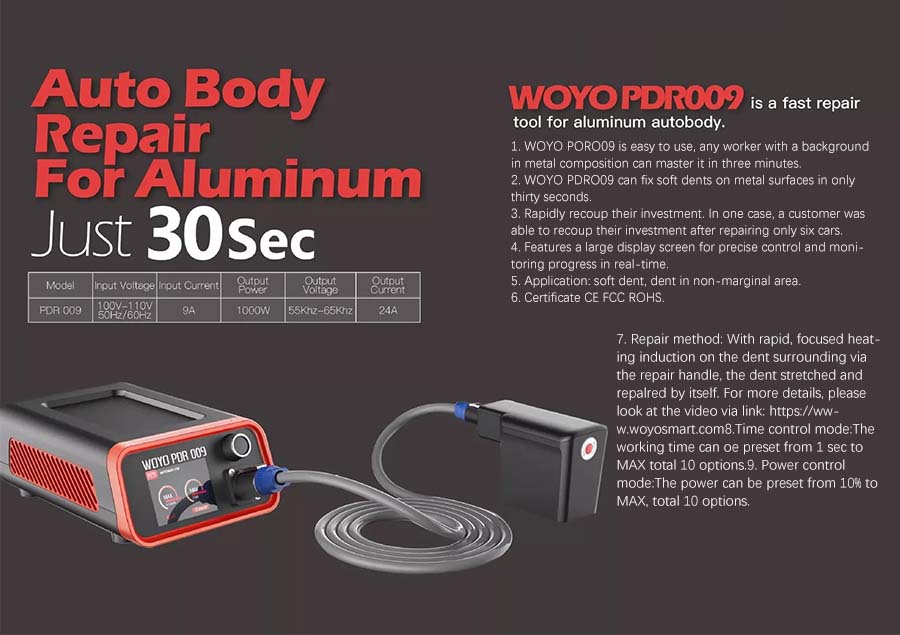 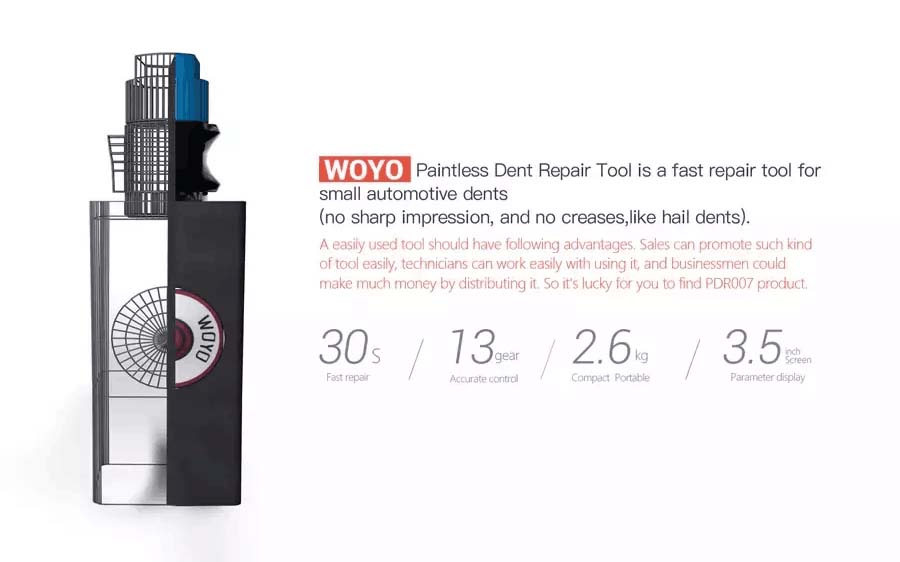 What kind of dents can be repaired?
Adaptive Range: The equipment is for smooth dent.
Non Adaptive Range: It can NOT apply on the dead angle dents on the aluminum body. Product Specifications: 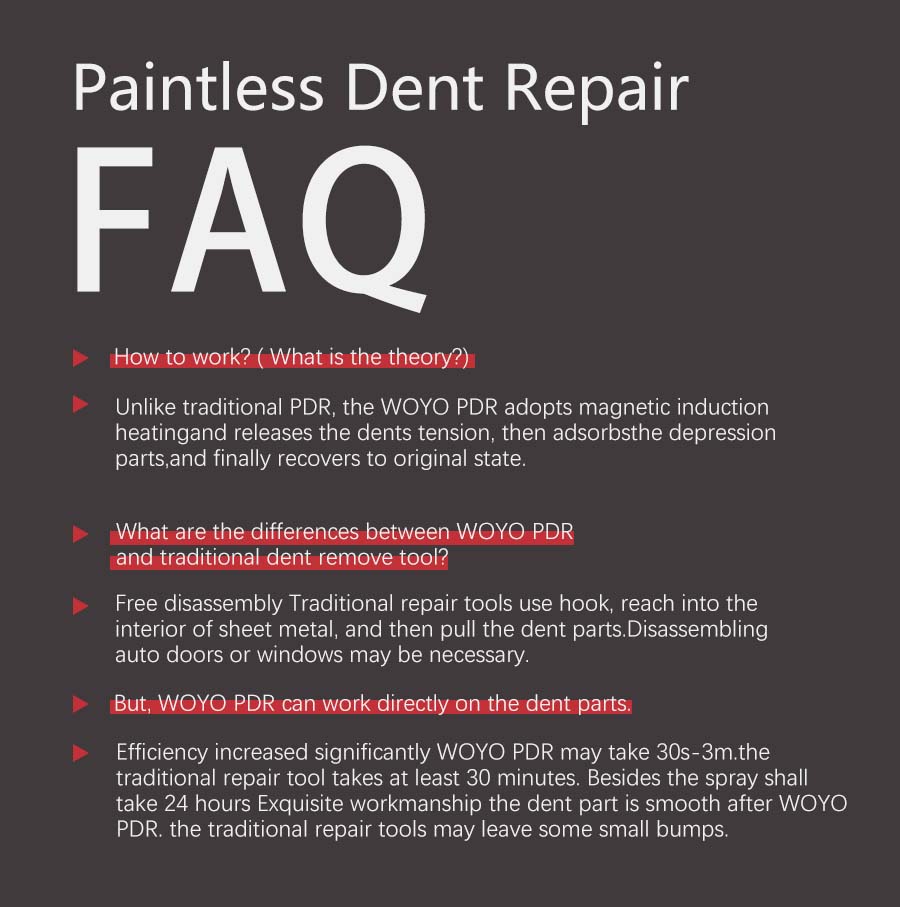