customers are viewing this product
Description EZ400 PRO is a high-end and new style auto diagnostic device developed by XTOOL based on Android system. Its open source Android operating system provides fast boot-up and multitasking. EZ400 PRO provides extensive vehicle coverage for most US, Asian and European makes, which makes it the best solution for workshops.

XTOOL EZ400 PRO Full System Auto Diagnostic Tool XTool EZ400 PRO is a high-end and new style auto diagnostic device developed by XTOOL based on Android system which has same function as Xtool PS90. Xtool EZ400 Pro is based on Android system and Internet application,combines the XTOOL Company's vast vehicle coverage, strong diagnostic functions, many special functions and modern high quality tablet together,which makes it the best solution for workshops. XToolEZ400 PRO can work on Malaysia cars now, please pass us serial number of your device to get the authroization for free. 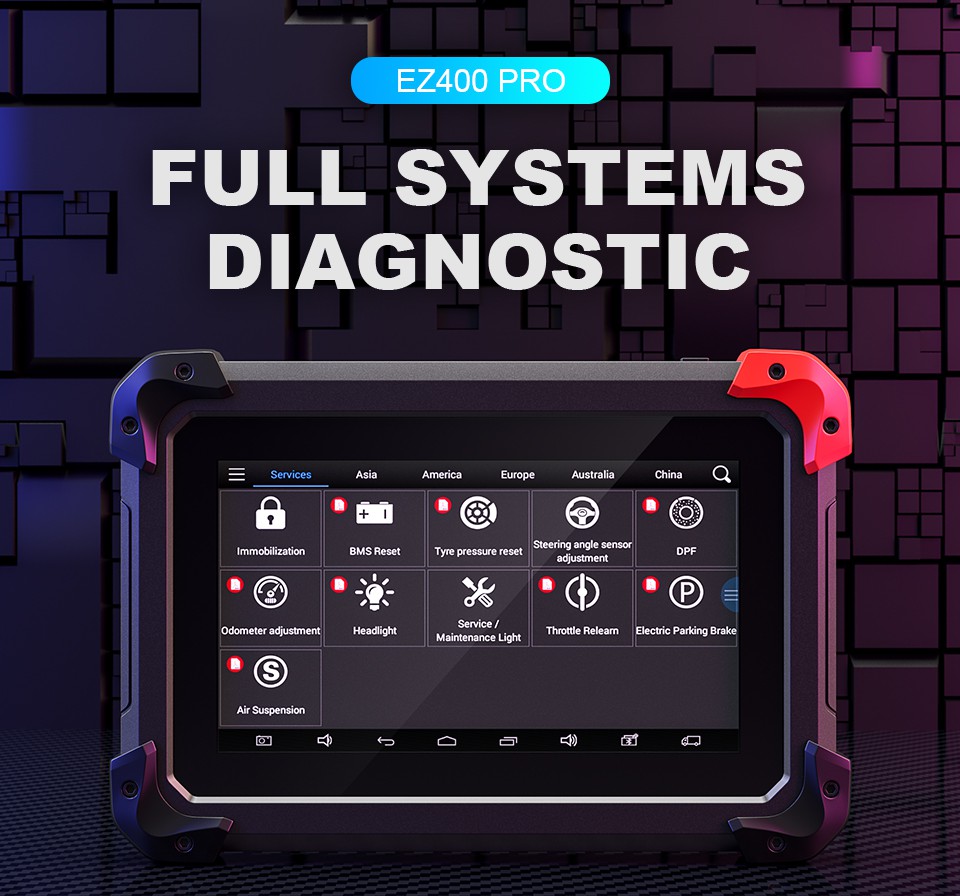 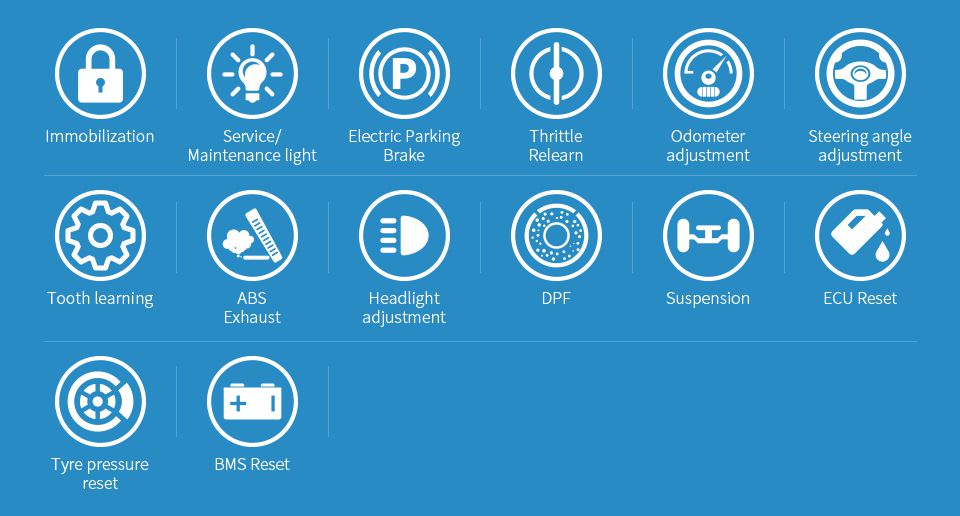 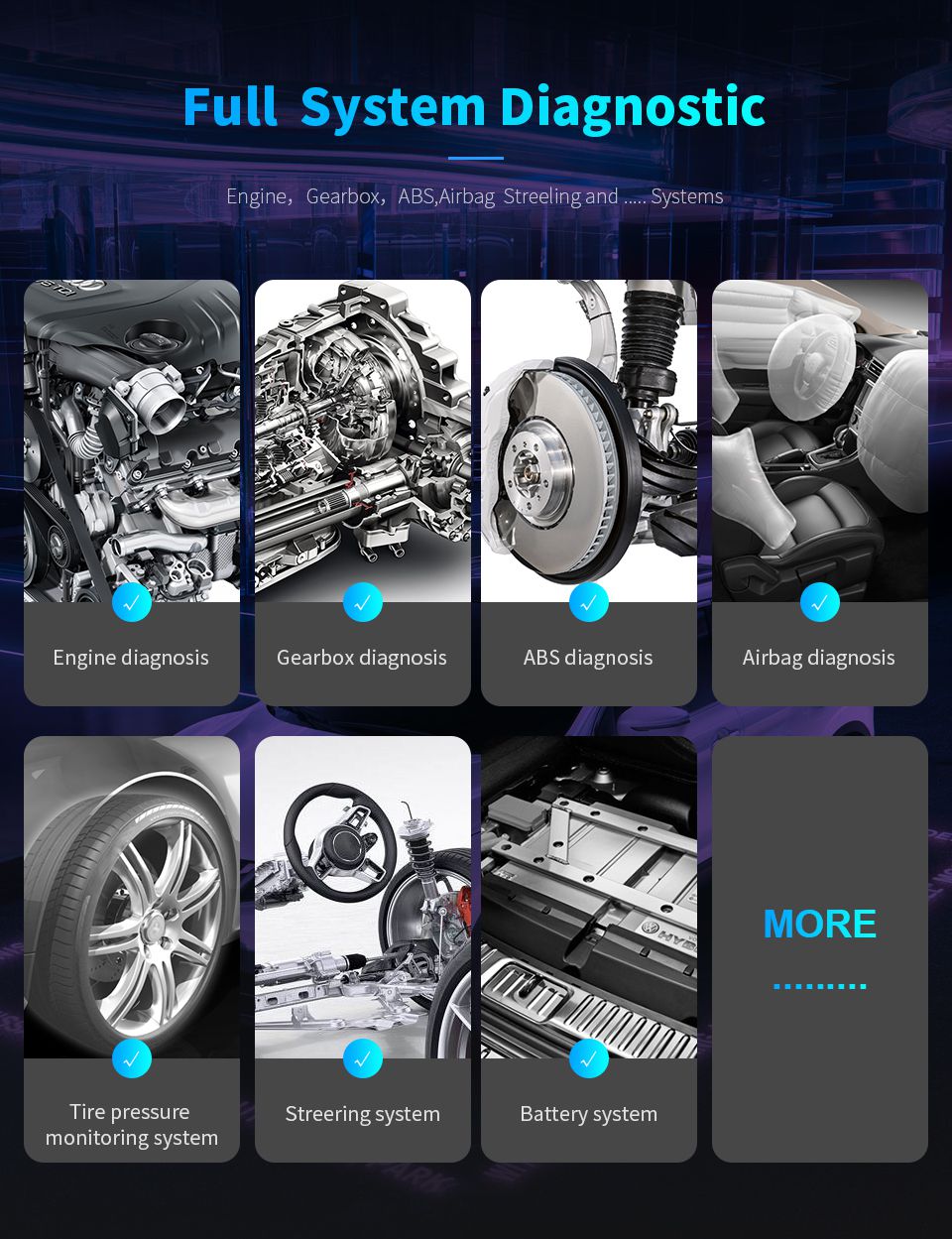 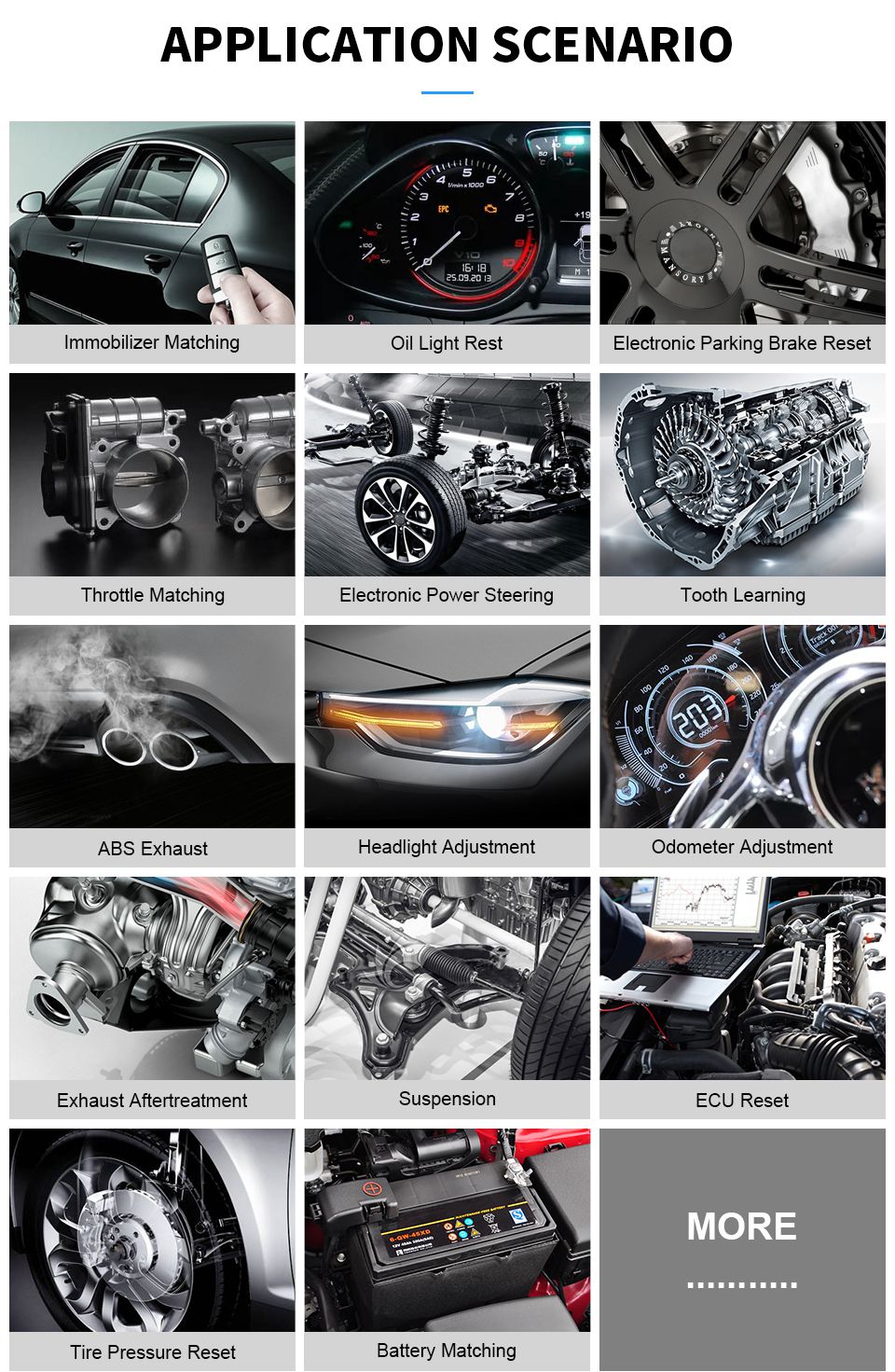 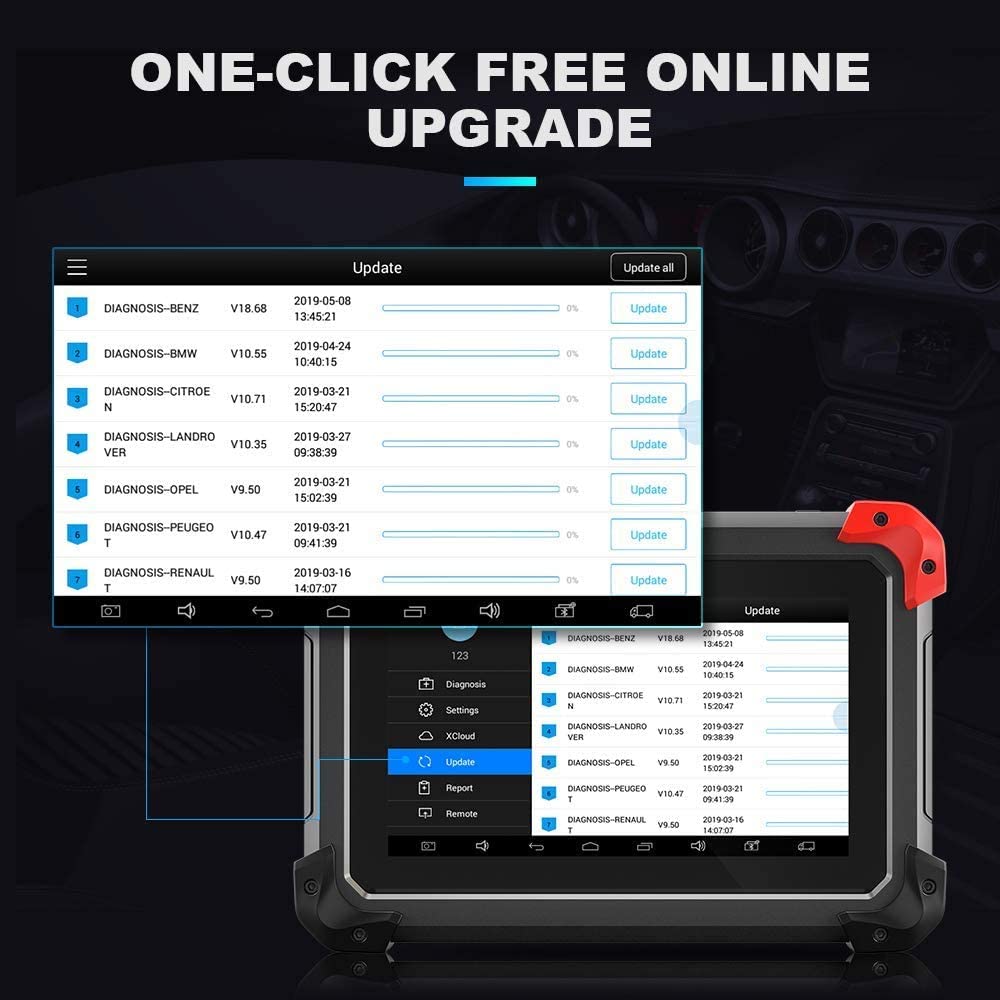 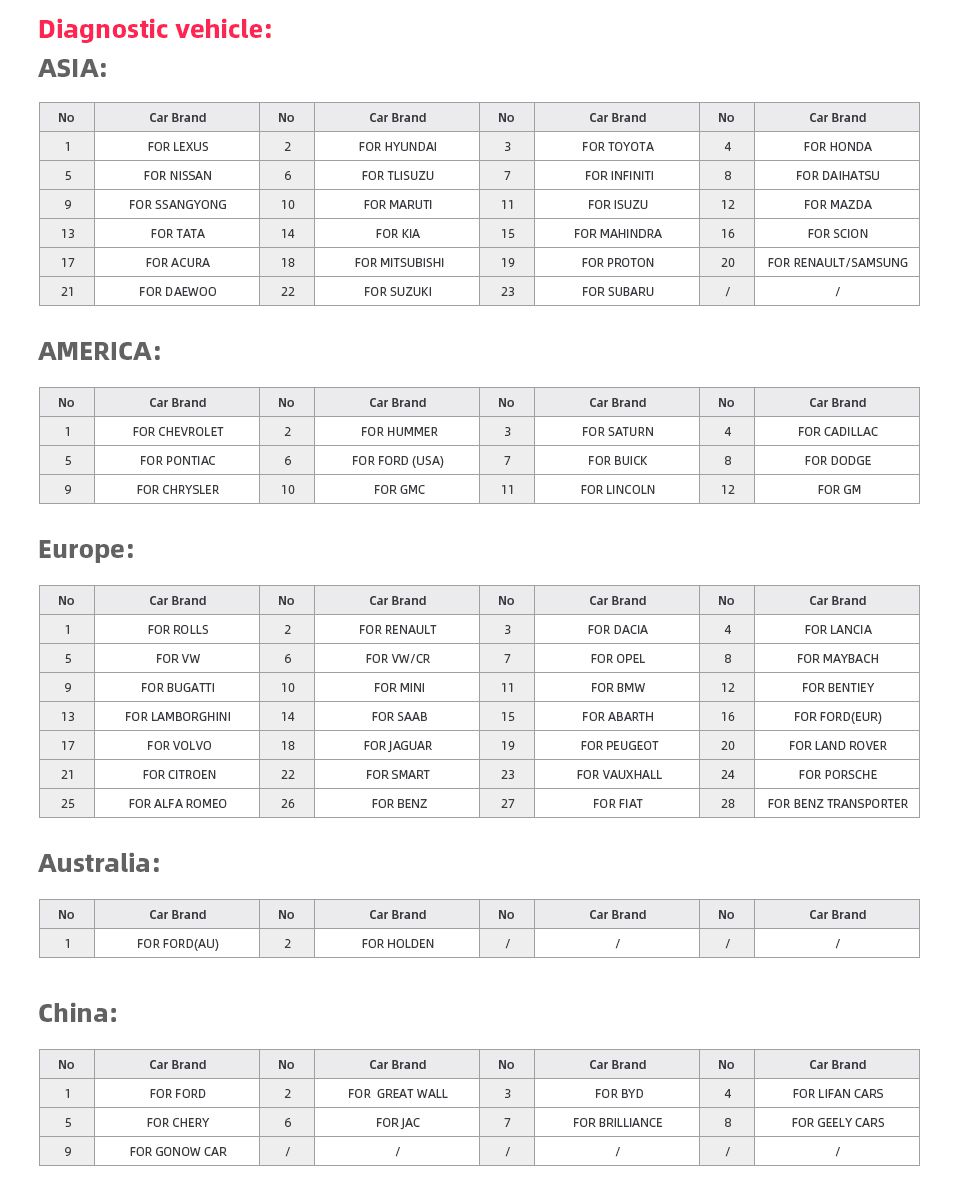 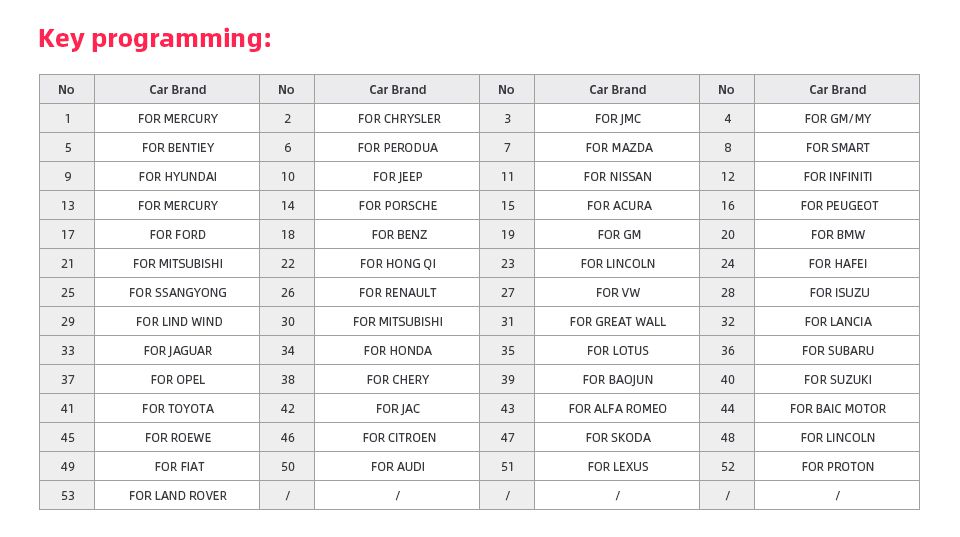 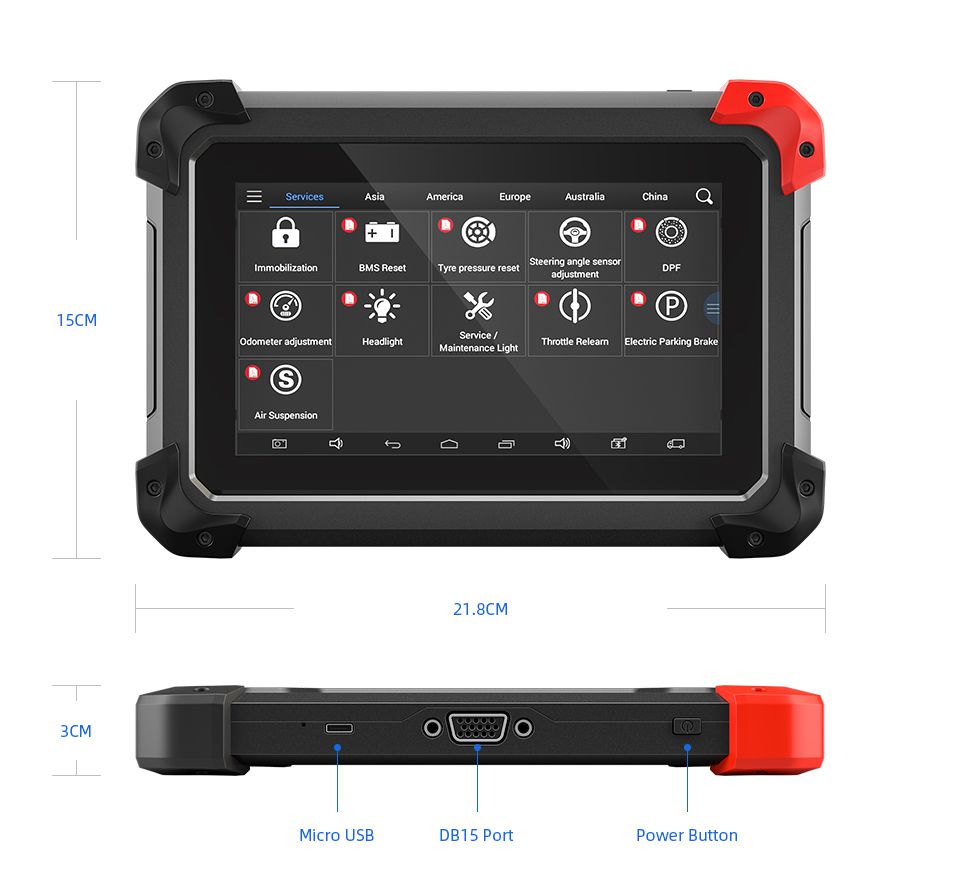 ①MicroUSB：Battery charge or data synchronization with PC②DB15 Port：Supports wired connection with car by the cable③Power Button:  Power on or power offVehicle Connection Test  Wired Connection  ①→②→③→④a. Connect cables and EZ400PRO in following order: ①→②→③→④b. Switch on the ignition and turn on EZ400PRO tablet, then tap on EZ400PRO application to test vehicles. (Shown as follows)

① EZ400 PRO Mainframe  ② Main Test Cable  ③ OBDⅡ-16  ④ Vehicle Precautions Before Use1. The vehicle power supply has to meet the normal voltage limits DC4.8V---5V.2. When pull and plug test wire harness, users should pinch the front-end of the wire harness to pull and plug, not pull the middle section of the wire harness. Users should check the corresponding direction of the port and plug in horizontally when they plug the wire harness, instead of inserting in an oblique way, which may damage the terminal.3. When taking some special functions tests, users are required to operate the device according to operating instructions. For vehicle, it has to strictly meet the requirements, for example, the conditions that some vehicle models need to be reached are as follows: engine temperature 80℃/105℃,turn  off the loads (such as headlights, air-conditioner, etc.), put accelerator pedal in released position, etc.4. The ECU for Chinese domestic vehicle models are relatively disorderly, so when users meet conditions, such as the car can not be tested or the test data is wrong, they should consider whether the selected menu corresponds to the tested electronic control system, or they can find the car ECU and select the right menu according to the model number on the ECU label.5. If users can not find the tested vehicle model or electronic control system in EZ400PRO test menu, they may need to update the software or consult Xtool technical service department6. Banned to have connection test by using harness not from Xtool to avoid unnecessary losses.  7. Banned to power off directly in the communication between EZ400PRO and vehicle. Users should cancel the task and return to the main interface, then power off.8. The device should be put and lifted slightly to avoid collision when using EZ400PRO. When click the screen, touch it gently to guarantee the service life of the touch screen.9. During long period of non-use, please disconnect the power and turn it off.After EZ400PRO tablet connected to vehicle via main cable, diagnosis can be performed now.SettingsSelect enter Settings; users can set the language, unit and other system related options:Languages: select the language. Please tick the needed option from multi-language options on the right. 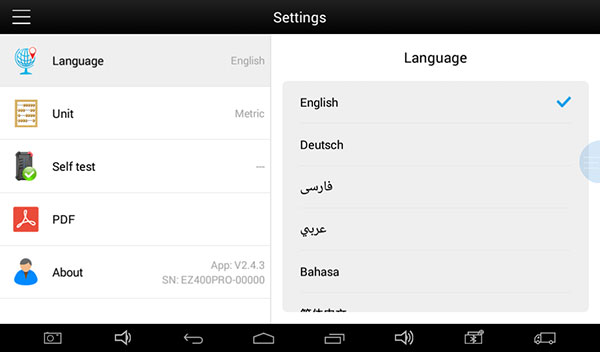 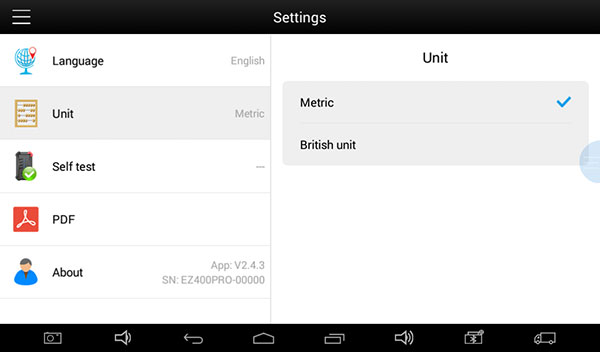 Must I Pay The Import Duty?

1/ Download the package from themeforest.net (the file is in zip format)

To save your time and reach our support quickly, please follow below steps:

1/ Create a staff account for us (with Themes permission and Settings permission) http://docs.shopify.com/manual/settings/account/staff-members

2/ Capture screenshot or video for the issue you get.

3/ Specify which template and version you are using.

4/ Describe clearly how to reproduce the issue.

Yes, we will assist you to install the template if needed

Yes, we do. Please send your customisation requests to support@halothemes.com, we will give you our quote. Thank you.

Yes. You can turn on/off the animation in the Setting page.

Yes, we have a setting for you to switch between these two options: Display on Hover and Display on Click.

That is not a problem. You just need to modify the width/height ratio in theme settings.

Someone recently bought a

×
Ask The Automotive Experts anything on Speedo-Demo. We will follow up with you via email within 24-48 hours.